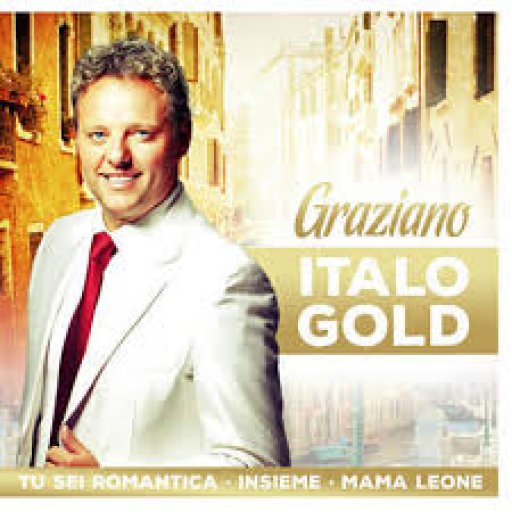 Graziano Facchini, also known just as GRAZIANO, was born in Bolzano, Italy. He has been enthusiastic about singing and music since his early childhood. So much so, that at the age of 4 he took part in Italy’s largest Children’s Competition, "lo Zecchino d'oro" (The Golden Zebra) where he achieved an amazing outcome.

In the years that followed, his eagerness for music grew stronger and he enrolled at the Italian Music Institute in Bolzano, where he was introduced to the art of modern singing and keyboard lessons, both which allowed him to compose his first songs and to prove himself as a singer at his first concert before the public.

After years of hard work in concerts and Italian "Piano bars”, a magical meeting occurred in 2004 with his current producer, Luis Stuflesser who presented Graziano with the proposal to sing in the German language. Soon after, a record contract with the MCP was signed. In June 2005 Graziano presents himself to the German speaking audience with his first single "Amore mio, ich bin dir nah."

This single was a kind of ‘pre-premiere’ because in April 2007 his first Album, titled “ Fuer  alle  Frauen ” (For all women) was produced. Soon after, the titles “Wir tanzen mit den Sternen”, “Dich zaerlich lieben” and “Wenn die Sonne morgen scheint”, followed. In addition to these very convincing new titles, the Debut Album includes two Italian songs, “Volare” and “ O sole  mio” as well as a German Classic “Du bist mein erster Gedanke”. These songs made the Album even more exciting and desirable.

With some of those titles Graziano was involved in about 17 television shows in Germany, Austria and Switzerland. He has now reached a much larger audience. To point out the importance of some of these TV shows, it is suffice to mention such programs as the „Frühlingsfest der Volksmusik“ with Florian Silbereisen, or "Musikantendampfer" with Maxi Arland, with whom he also participated between January and March 2008 in the big tour ("Musikantendampfer 2008") through many German cities.

During these years Graziano stands out, succeeding as a composer, writing for various artists. His greatest achievements so far were celebrated in 2006 when he, together with Luis Stuflesser and Nadia Muigg wrote the title “Ich schenk dir Liebe” for the Duo Vincent and Fernando who achieved at the “Grand Prix der Volksmusik Finale”, second place.

His first Gold Record as a composer was awarded in 2007 for the song called “In einer schoeneren Welt” that he had co-written with Luis Stuflesser and Hans Greiner. He performed this beautiful song as a Duet with the outstanding voice of Belsy in many TV shows.

With this new CD release also comes an invitation to the Eurovision-Show “Wenn die Musi spielt” where he performs the World Hit “Unchained Melody” for the very first time in the German language. This opened the doors for him into the Austrian Charts for selling the most CD’s and achieving first place in the Hitparades on many reputable Radios Stations.

“Nie wieder einsam” (Never lonely again) was his CD produced in 2011, selling many copies in Germany and Austria. In Germany, Austria and Holland, “Diese eine grosse Liebe” reached first place in the Hitparades.

It was time in 2013 for a Double CD and a Video of Graziano to be released with the Title “Meine schoensten Liebeslieder”. This was a ‘best of’ from Graziano’s previous 3 CD’s in the German language. Included were 7 classics of Italian hits, such as "Mama Leone", "Tu sei l`unica donna per me", "Come prima" etc., where Graziano showcased singing in his Mother Language, Italian.

"Ein Traum für zwei" was released in 2014 presenting his audience with a new, modern, innovative sound.

The year 2015 once again marked Graziano with many successful concert performances. Graziano was also successful in his home country. On May 22, 2015, his then new album "ITALO GOLD" (released by MCP Soundmedia) appeared in Italian with 17 titles. Among others, "Tu sei Romantica" and well-known titles such as "Insieme", "Tu" and "Mama Leone". In Italy, Graziano was awarded the "Mikrofono D'Oro", (the Golden Microphone) for "Tu sei Romantica". His performances became more and more frequent, leading him to countries such as Germany, Luxembourg, France, Switzerland, the Netherlands, Belgium, Austria and even Poland.

There were many video clips made on Lake Garda for TV programs. With great success, on 10th October, 2015, Graziano organized his first musical festival in South Tyrol / Branzoll. On this occasion, he first presented his solo album "Du bleibst fuer immer schoen". Since then, this song has reached first chart placings in many Hitparades on various Radio Stations in Germany, Switzerland and Luxemburg.

This indeed is only the beginning and you can expect to see and hear Graziano in many more countries, not only to enjoy his fabulous and heartfelt songs but also celebrating with him the many more successes that are surely to follow.

Following Information is from Wikipedia: