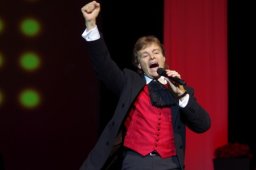 Rudy Giovannini , born on November 18, in Bolzano, is a South Tyrolean (Italian) tenor and singer of German folk music. He completed his classical voice training at the conservatories of Bolzano and Verona, and with Maestro Arrigo Pola in Modena, who also taught Luciano Pavarotti.

Giovannini has since moved to Laives, just a few from Bolzano in Italy. Here the “Caruso of the mountains” draws the power for his numerous appearances in the whole German-speaking area plus Belgium and the Netherlands.

Since his childhood, Rudy Giovannini has been passionate about music and got his first stage experience in the church choir, and later in a Jugendband until he was invited by friends to the Opera one day. This proved a very influential event, as Rudy was so excited by the performance that he also wanted to become an opera singer. So he attended the conservatories of Bolzano, Verona and Modena training as a classical singer with Maestro Arrigo Pola.

Luciano Pavarotti – who was a family friend – once told the Italian singer, “There is no first or second class music, there is only beautiful or bad music. What you want to do is beautiful music.” This eliminated Rudy Giovannini’s last doubts about venturing into the transition from classical to popular music. His CDs feature hits, folk music, Italian folk or classical music songs that make very high demands on his voice.


In his home town of this success had to be celebrated course, which led to the first “Rudy Giovannini Köfelefest”, which has become a regular event for his many fans. He would receive more awards: in 2004 the Herbert Roth prize as the most successful tenor of “South Tyrol’s most popular singer” the “Meraner rose gold”, 2005 Folk music and several times he “Achims hit parade” (MDR) was named the King of musicians. In July 2006 he even set a record here: 72% of the votes were for his interpretation of “La Montanara”, a record which will never be broken as the show was unfortunately discontinued.

Just like the first time in 2007, the South Tyrol “mountain echo” was awarded to Rudy Giovannini. At his Köfelefest he sold 15,000 copies of “Salve Regina”, a gold record in Austria. His reputation went as far as the Vatican, as he was asked to sing at the Christmas audience for Pope John Paul II and in 2006 for his successor Pope Benedict XVI. Rudy dedicated the “Benedictus Yodel”, which he sang with Anneliese Breitenberger on his Christmas CD, to the pope.

2008 revealed a new facet to Rudy Giovannini when the South Tyrolean moderator at the Grand Prix of the Folk music had to cancel for health reasons. Very quickly, Rudy and Angelina jumped in to save the event. For the first time that year, the Grand Prix could be followed on the radio and worldwide via the Internet.

A whole new side to his career opened in when Rudy was approached by Belgium’s Marc Cortens with a novel idea that combines his love of classical and popular music in a unique way, “ Viva Strauss ”. With the Strato-Vani he recorded the most famous Strauss melodies as songs, with lyrics by Michael Leahy in English, adapted into German with the help of Evelin Vordermeier, Marion and Nils Bräm. 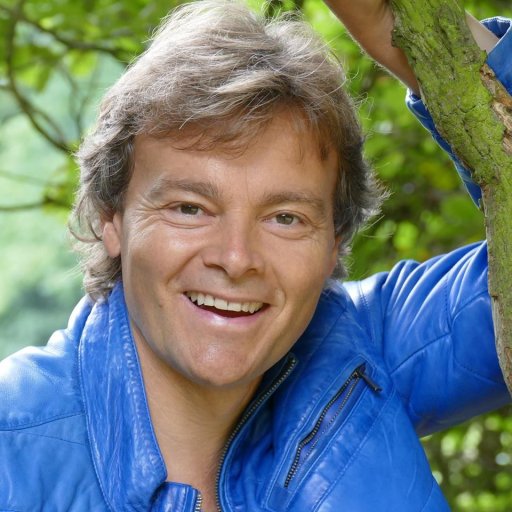 Biography:
Once you have heard him – you will be captivated forever.

Rudy Giovannini enters the stage with a jaunty song on his lips and after only a few notes he has captivated his audience. He doesn’t need to rely on special effects during his concerts, his music and his charisma are enough, for him to be considered a great musician.

Here is finally a modern tenor that does not mumble but with his clear, expressive voice, allows us to hear every word distinctly. Our "Caruso of the Mountains' however, is not only an amazing singer, he is also a fantastic live entertainer.
He sings ballads so passionately that many a fan sheds a tear or two but he also manages to turn any atmosphere into a roaring, effervescent event. His performances are spiced with , he leaves the stage to connect and mingle with the crowd and involves them while he parades down the aisles, constantly finding new ways, making sure the audience a part of the performance. Boredom will have no chance when you attend a Rudy Giovannini concert.