How to Begin Making Money from Your Music 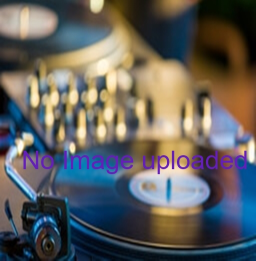 Making money in the music industry is easy enough. Making a living with your music is a different monster altogether. Before jumping into how to license a song, and how to make it work for you, let's have a look at the different types of copyright licenses involved in the process:

The aforementioned copyrights make it impossible for anyone to use any part of the original recording legally without having obtained permission from both the songwriter and the producer. Should you choose to license a song before you record it, you will have only secured the rights to the song, not the recording. You might consider this option if you plan to sell your lyrics to a another artist.

How to License a Song for Income

How to License A Song for Income

Songwriters and producers can license a song for a number of different uses. Let's examine some licenses, and the advantages afforded those who would wish to license a song in the first place:

You may wish to license a song for mechanical use. You would approach an artist with the song and ask them to use it on their new CD. If an artist agrees to perform and record your song, their label will work with you to negotiate a deal for a mechanical license. In other words, the label would agree to pay you a certain amount to use the song on the new CD. You would agree to release copyright ownership to the label. Once the CD is released, you would begin earning royalties on every CD sold in accordance with the terms of the contract.

The music manager for a TV show may wish to air a song on his show. He would approach both the artist and the producer for a TV Show Synch license. Both the producer and the artist would negotiate their rates with the music manager and agree to allow the song to be aired. The TV Show Lynch License is a lucrative license for independent artists, those who write, perform and record their own music. The individuals own both copyrights.

In addition to the fee that a songwriter would charge for a TV Show Lynch License, she would also receive public performance royalties each time the show aired. In the event that the TV show were to be reformatted for viewing in other languages, or reruns, the songwriter would receive additional royalties. Typically, such royalties are substantial.

Such a happy and fun melody!

Hi Nick, just discovered your 'new' song. How about sending it in for us to play on FRC Network Radio? <img src="https://frc-all-music.com/data/media/0/0/jrSmiley_99_smiley_image.gif"...